Unmanned Aerial Vehicles aka UAVs, also called drones, are something that has acquired a lot of prominence in the civilian as well as the military discourse all around the world. The second webinar titled ‘Geospatial applications of Unmanned Aerial Vehicles’ of the Geoinformatics Webinar Series held on 15th April 2021 educated the participants about UAVs and their geospatial applications. 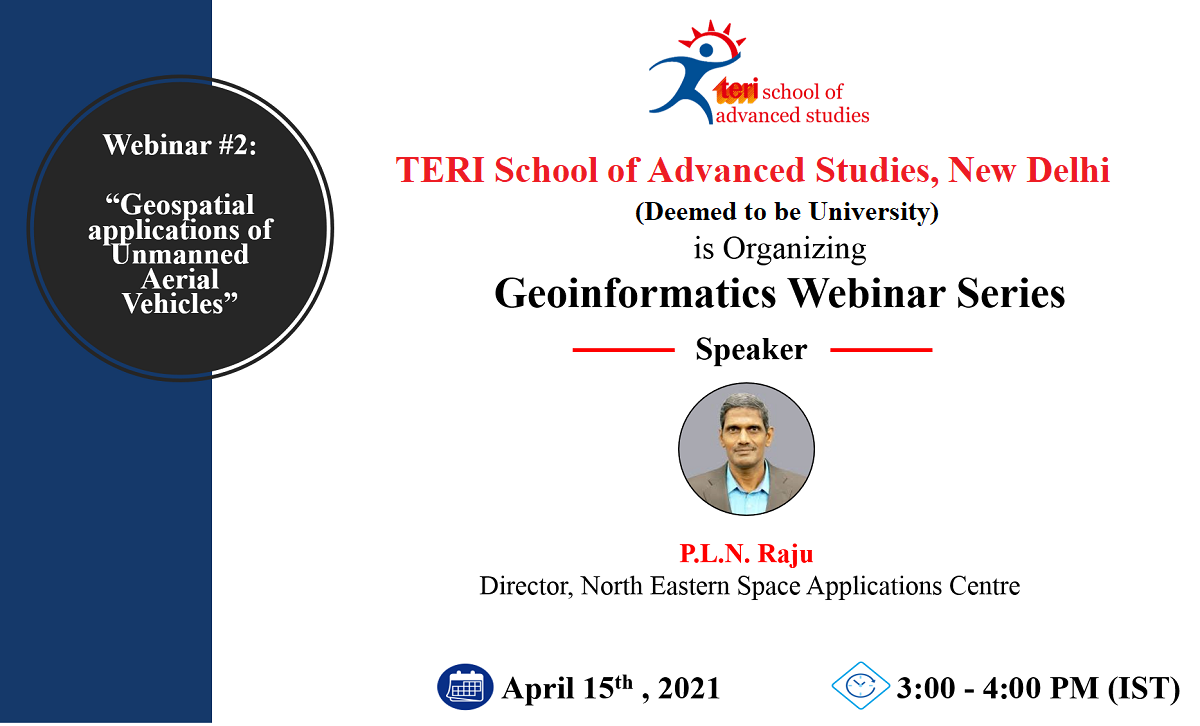