Welcome to the Site
Vice Chancellor 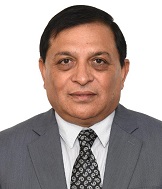 Dr. Eklabya Sharma Vice-Chancellor, TERI SASDr Sharma is an ecologist having over 35 years of experience on sustainable development of the Hindu Kush Himalayan region. For over 30 years he worked on institutional development of a national institute in India (Head of Sikkim Regional Centre of G.B. Pant National Institute of Himalayan Environment) and a regional inter-governmental organization of eight countries (Deputy Director General, International Centre for Integrated Mountain Development, ICIMOD, with HQ in Kathmandu, Nepal). He is now a Policy Advisor for ICIMOD. Currently, he is the Chairperson of Scientific Advisory Committee for G.B. Pant National Institute of Himalayan Environment of the Ministry of Environment, Forests and Climate Change, Government of India.

Dr Sharma has expertise on biodiversity conservation, natural resource management, biogeochemical cycling in ecosystems, watershed and ecosystem management, transboundary landscape management, climate change impact assessments, adaptation and nature based solutions, and resilience building. Dr Sharma’s influence within the field of environmental science can be seen through more than 210 international publications that are extensively cited and used. He organized and guided the 5-yr Hindu Kush Himalaya Assessment process engaging 350+ scientists globally which Springer Nature published as the 2019 Hindu Kush Himalaya Assessment. Dr Sharma was a Chief Editor of Journal of Hill Research published by the Sikkim Science Society and served the journal Tropical Ecology. He served as the Asia Regional Editor of the Mountain Research and Development (MRD) journal and also as one of the Directors of the International Mountain Society, Switzerland. Now he serves on the international editorial board of the MRD journal.

Dr Sharma established the Sikkim Regional Centre of G.B. Pant National Institute of Himalayan Environment in 1990s. He was able to link science with policy development in the State of Sikkim and at the national level in India. In ICIMOD, he had overseen policy and strategy development, programme design, operations and implementation of complex initiatives across eight countries with 300+ staff from more than 20 nationalities and 250+ partner-institutions. He also managed relationships with eight regional member country governments (Afghanistan, Bangladesh, Bhutan, China, India, Myanmar, Nepal and Pakistan) and international donor agencies.

Dr Sharma contributed to many global discourses including promoting the mountain agenda in UNFCCC, CBD and SDG processes and helping to close science gaps on HKH mountain knowledge in IPCC and IPBES processes. In both IPBES and IPCC reports, mountains are now highlighted.

Dr Sharma was a Visiting Scientist to the University of Glasgow, Scotland under an exchange programme between the Indian National Science Academy and the Royal Society of London. He contributed to many national and international initiatives of which to mention some are: Honorary Trustee of The Mountain Institute, USA; Member of Steering Committee of the UNEP’s “Global Mountain Waste Management Outlook”, coordinated by UNEP Vienna Office; Member of Steering Committee of the Nutrition in Mountain Agriculture Programme of Switzerland in three Continents namely Asia, Africa and South America; Member of the Silk Road Development Global Think Tank with Secretariat at the Institute of Geographical Sciences and Natural Resources Research, Beijing, China; Member of Adhoc Expert Committee on Mountain Biodiversity of the Convention on Biological Diversity, Montreal, Canada; Member of the Expert Panel on ‘Research for Development’ call of the Swiss National Science Foundation and Swiss Agency for Development and Cooperation, Switzerland; Member Steering Committee of IUCN’s ‘The Asia Protected Areas Partnership’, IUCN Regional Office Bangkok, Thailand; Member of Governing Council of Sikkim Manipal University of Health, Medical & Technological Sciences, Sikkim, India; Advisor, Mountain Environment and Development, Chief Minister’s Office, Government of Sikkim; and Member of Board, SaciWaters, India.

Dr Sharma received many national and international awards including the Young Scientist Award of the Indian National Science Academy 1988; Vishisht Vaigyanik Puraskar (Eminent Scientist Award) from the Ministry of Environment, Forests, and Climate Change, Government of India 1995; and Honorable Mention Paper Award from the Soil and Water Conservation Society, USA 1999. He received the “Excellence Award” for contributions in Science and Environment towards development of the Modern India from the Sikkim University and Government of Sikkim in 2017, and the Government of Sikkim also conferred on him its ‘Social Status Award’ for his contribution on the environment in 2004.