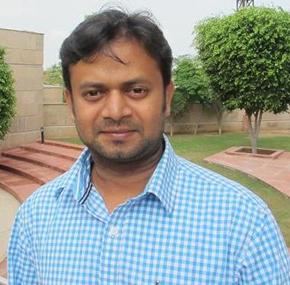 Chaithanya Madhurantakam is a structural biologist and a protein biochemist. He has a Doctoral degree in Biotechnology from the Department of Biotechnology, Indian Institute of Technology (IIT), Kharagpur, India. His research work focuses on structural characterization of proteins through X-ray crystallography. His research work over a period of 15 years include around 7 years of post- doctoral experience (Karolinska Institute, Stockholm; University of Zurich, Zurich and Vrije University, Brussels) covering 18 international peer-reviewed publications, 2 invited book chapters and 3 international publications in proceedings of conference.

Researchers at SMBL are involved in deciphering the molecular architecture and intricacies of macromolecules (proteins & nucleic acids) which play crucial role in host immunity, microbial resistance and pathogenicity as well as mammalian allergenic proteins through X-ray crystallography, protein engineering and biochemistry.