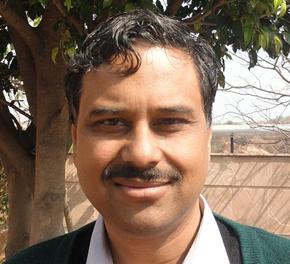 Sudipta Chatterjee has been working  for conservation of forests and  biodiversity since past 21 years. He is a recipient of the Whitley Associate Award, UK, in 2009 for conservation of Rhododendrons in Eastern Himalaya.. He  worked  as Biodiversity Conservation and Protected Areas Management Specialist in Sikkim Biodiversity Conservation and Forest Management Project, Integrated Development Division, Louis Berger Group Inc, ,   Head, Forests Conservation Programme of WWF-India and Biodiversity and Conservation Programme of Winrock International India. He served as Team Member Biodiversity in the Technical Facilitation Organization for the Sustainable Ecosystem and Land Management Country Partnership Project at the Indian Council of Forestry Research and Education (ICFRE), Govt. of India. He worked as Heads the Communities and Biodiversity Division and Forests and Carbon Division  of Wildlife Trust of India (WTI). He joined TERI University in 2014