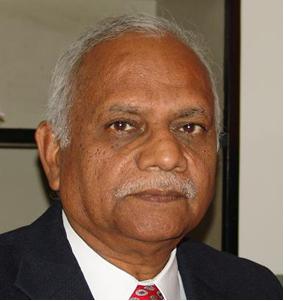 Shri Prakash joined TERI School of Advanced Studies in July 2011 as Distinguished Fellow, after a long and distinguished service in Indian Railways. His association with TERI SAS goes back to 2003-2004 as a Visiting Senior Fellow.

His career with the Indian Railways spanned over 37 years where he held numerous key positions in different Zonal Railways and the Railway Board. Mr Shri Prakash retired as Member (Traffic), Indian Railway Board and Secretary to Government of India in December 2009. Upon retirement he was appointed as Chairman, Standing High Powered Committee on Infrastructure Planning, Business Development and Project Monitoring on Indian Railways. During his tenure, the Committee prepared a comprehensive report on future strategies for Indian Railways.

He has been associated with number of research studies relating to transport, energy and environment in TERI. He teaches several policy related courses in the MA (PP&SD) programme.